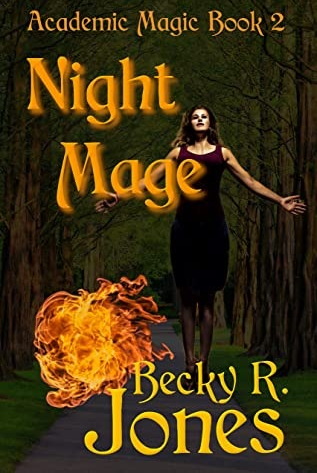 Amazon Associates Link
The “Academic Magic” series, of which this is the second installment, delightfully mixes the savagery of battles in the halls of higher education with the more civilized conflicts found in the world of magic. An evil mage will merely seek your death, and subordination of the world to their will; the wicked academic, on the other hand, will seek to sabotage your research, have you assigned to a windowless cubicle without access to a copier, and try to make you grovel in order to obtain the golden apple that is TENURE. There truly can be no question as to where the greater peril will be found.

The team which bonded to prevent a demon from destroying the Philadelphia area in the first book has returned, and a few characters are added in the course of the story. For the opposing team, casualties attendant upon their loss have reduced their number, and the influence those that remain are able to bring to bear is significantly reduced.  Dr. Zoe O’Brien, a recent addition to the history faculty and our protagonist, has the vain hope that this will bring a period of peace and tranquility to the campus in general, and her life in particular. Alas, Nature abhors a vacuum, and the depleted forces of the plotters are supplemented by new hires and new powers.

If that were not enough, Zoe’s mentor in things academic as well as magical has been tapped to cover certain administrative tasks for the college, previously managed by one of the vanquished. Thus, he has essentially abandoned his role as her trainer, in favor of meeting the demands of his new position.

On the other hand, she has cats; cats who can not only talk to humans, but also communicate with other animals (the Watchers) who are sensitive to magical influences. As long as she meets their demands for food and cuddles, they will provide her with the support they think she needs to be successful. The operative term, as anyone who is a servant of cats will understand, is that the advice will be provided according to the CAT’S schedule, not the human’s.

The new crisis is revealed when a previously undiscovered source of magical influence, in the form of ley lines, is reported to Zoe by a Watcher.

As she is a quite recent initiate to the world of magic, and her own powers, she has no way of evaluating the significance or impact of the discovery. Therefore, at first she doesn’t really know whether the message the Watcher has brought her is cause for great alarm, or not, although she suspects the former. Her confusion is compounded by frustrations with the way the experienced magic users are able to pass along the benefits of their wisdom.

As the main plot moves along, little threads are planted that will (surely) have future payoffs. The powers of student Declan, his relationship with his djinn father, and mixed messages with his academic and magical advisor suggest development at some later date. In addition, Zoe is able to break out some information from her mother about her own parentage, and the bizarre behavior of her absent father. A third point that does directly affect the main story line is the revelation that not all magical agents can be said to be firmly in either camp, enemy or ally.

And always remember: food service on campus usually provides dismal meals, but they DO make a good burger.