I HATE firearms errors in books!

This started out as  a minor Facebook rant, but then it got too long. And I haven't written a blog post in far too long, anyway. I was driven to this by outrage, sort of....

Mickey Spillane. Wrote all the tough-guy detective stories, Mike Hammer, etc. His books have sold more than 200,000,000 copies. That's Two Hundred Million. Enough to equip the rebels at the battle of Armageddon. 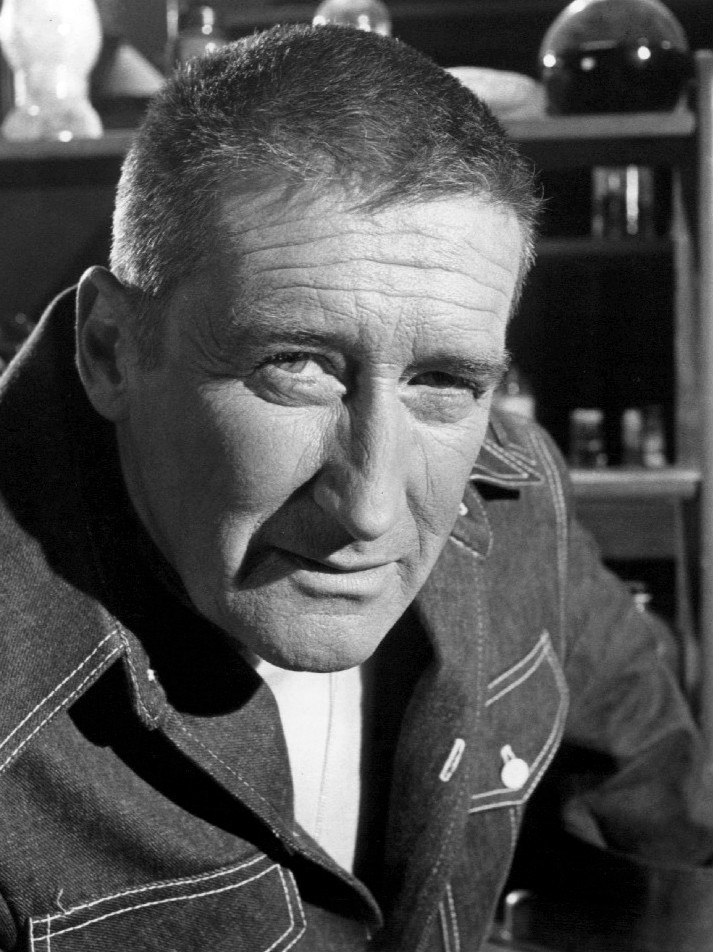 Mickey Spillane in 1974
Critics hated him. Does he look like he cares?
"More peanuts get sold than caviar," he said.

How does HE make firearms mistakes, and with a common firearm like the 1911 .45 ACP Mike Hammer carries?
INCONCEIVABLE!
And yet, he does. I'm reading a short story included in an award-winners (The Shamus Award. Didn't know it was legit, until I looked it up) book, called "The Killing Man." It was in Playboy magazine in 1989, blah, blah, blah, later made into a book, blah blah blah.

This is probably a good place to insert a comment about writers who trouble themselves to do the research. Laura Montgomery, this means you! Well done, VERY well done!


I'm not even all the way through with the story, and so far he's done this:

Page 150: Called the bullet feeder a clip. It's NOT a clip, it's a magazine. This is minor, since it's just nomenclature, but it's the WRONG nomenclature.
Page 151: He tells his cop buddy he will "keep his forty-five on half cock," in order to be more prepared for the bad guys. Ummm, no. While the 1911 does have a half-cock position, that's a STUPID way to carry it. When half-cocked, the trigger doesn't work, and the safety can't be engaged. It's a MUCH more difficult maneuver to shift the thumb to move the hammer to full cock, than it is to shift the thumb to take the safety off. If there is a reason for the half-cock position to exist, I do not know what it is.
Page 154: He beats up a bad guy, then pulls his gun on him to interrogate him:  "I pulled out my .45, and let him hear me jack a round into the chamber ... I thumbed the hammer back. That sound, the double click, was even deadlier."
No, no no. I cannot stand it any more! I must register my protest!

First of all, a 1911 is DESIGNED to be carried with a round in the chamber, cocked, safety on. Observe the hammer and safety positions on my 1911: 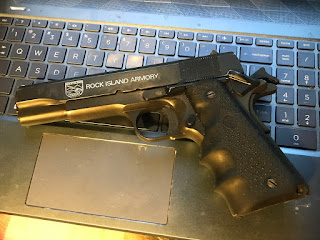 Also observe that there is no magazine inserted.


Yes, it is true that at certain times in the military, the policy was to keep the chamber unloaded, but that was a stupid decision made by people afraid of boomsticks, not by users, and most certainly not by John Moses Browning. And Mike Hammer is a civilian anyway, so that wouldn't apply. And therefore, he wouldn't be jacking a round into the chamber, because he would already have it loaded.

Second, when you "jack a round into the chamber," it cocks the hammer automatically. So, there is no 'thumbing the hammer back," no "deadly double click."

I think he's got the function of the semi-auto 1911 conflated with the way that the Colt Model 1873 Single Action Army revolver operated. It's true that with the originals, you carried them with the cylinder underneath the hammer empty, because if you dropped one, the hammer could set off the primer and fire that round. Modern reproductions are perfectly safe to carry with all six cylinders loaded, but they teach in Cowboy Action Shooting to only load five, for purposes of authenticity.
And, with the Model 1873, the half-cock position actually DID serve a purpose: when you placed the hammer in the half-cock position, the cylinder spun freely, so you could load it, via a swing-out side gate. BUT: you had to cock it, FULL cock, each time you wanted to fire it.

Here are my modern Model 1873 SAA revolvers, manufactured in Italy by Uberti. The left-hand pistol is on half-cock, the right-hand is on full cock. 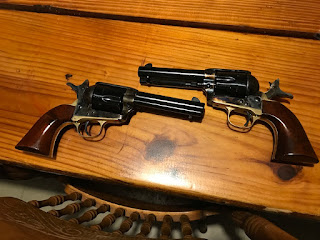 These are very different from the 1911!

A salient comment: There are MANY occasions in which an accurate description is a bad idea. Atomic bombs, for example, but there are others. Even the recipes in "The Anarchist Cookbook" are bogus; I know, because I bought a copy about 20 years ago, and I can't believe my fascination and fear of it in 1971. HOWEVER!!! This isn't one of those cases. Frankly, I see zero value in him misleading the public like this. On the other hand,  I can't believe that Spillane didn't know how a 1911 worked. But, maybe.

Well, that's all the venting I needed.