"How Do We Sing the LORD'S Song in a Foreign Land?"

I have reviewed a LOT of books in the Four Horsemen Universe, after starting just two years ago this week.  I didn't start with the FIRST book in the series, which was, I believe, Cartwright's Cavaliers, but that turned out not to make a difference; they are (almost) all self-contained.
Furthermore, since they appear to be churning them out at a rate usually associated with a select-fire switch, I will likely be reviewing more in the near future. I post my reviews, and any related blog posts, in the Facebook group which is a meeting place for fans of the series,  "4HU- The Merc Guild."
Today, a sailor of some experience, by the name of Shawn, discussed how you orient yourself on a boat/ship. Then, he opened the discussion to consider how to find your way around & orient yourself, on a vehicle in space. It was really QUITE interesting!

And that got me thinking:
How do you orient yourself spiritually in space?

Initially, I just considered: if you are member of a religion that requires certain prayers be offered when faced in a particular direction, how do you do that when you aren't on Earth?

I know essentially NOTHING about ANY world religious practices (including my own), but I do know how to google things. Here are some examples of geographical orientation during prayer:

Sandhya Vandana, a Hindu form of prayer, might be easy, because it stipulates facing toward the sun, but what if you are in a binary system? And can you use ANY sun, or must you keep your home sun paramount? 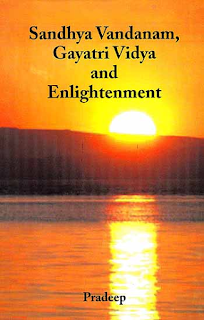 Early Christian writer St John of Damascus, in the 8th century AD,  emphasized facing to the EAST during prayer. At least PART of that tradition was because that was the direction of the Mount of Olives. So, still to the east, or to the Mount of Olives? Because depending on where you are, you could be facing in ANY direction. 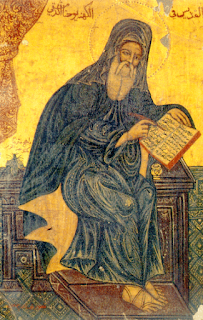 
The Talmud and the Mishnah states that those of us in the Diaspora should face east, but then the closer you get to the Kodesh Hakodashim (the Holy of Holies), the more precise your aim has to be. 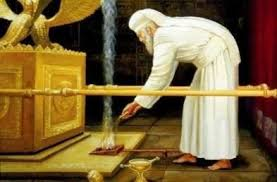 
In Islam, prayer is directed toward the Kaaba in Mecca. In one of his series (Raj Whitehall), David Drake & Stephen Michael Stirling solved the problem by having the Muslims escaping Earth bring a fragment of the Kaaba with them. Failing that most practical solution, how do the faithful in other solar systems know how to direct their prayers? 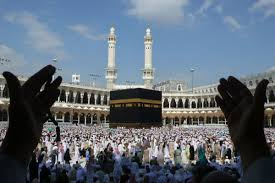 It's a non-trivial problem. However, in most space operas and science fiction civilizations, in the earliest stages, simple survival concerns seem to have overwhelmed details of space worship. If directionality does prove to be an issue, how in the heck to you know where anything  is, once you pass through hyperspace?

This is decidedly not a new problem, nor is it one limited to science fiction. . In the 6th century BCE, someone, perhaps the Prophet Jeremiah or one of his contemporaries, wrote in Tehilim/Psalm 137: 4: "How shall we sing Shir Hashem (the Lord's song) in an admat nekhar (foreign land)?" 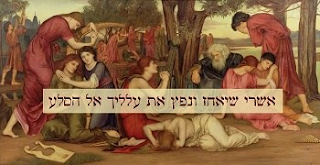 By the rivers of Babylon,
There we sat down and wept,
When we remembered Zion.
Upon the willows in the midst of it
We hung our harps.
(Psalm 137:1-2, NASB)


It's really TOUGH to treat matters of faith seriously in science fiction, but it HAS been done.
Mad Mike Williamson  has one approach in the Freehold series.
Larry Niven and Jerry Pournelle have another in The Mote series.
DISCLAIMER: While entirely lovely, C. S. Lewis' Space Trilogy was really a theological work, with a thin coat of science fiction sprayed over it, so I don't count that one.
Brad Torgersen most BRILLIANTLY amalgamates the two in "The Chaplain's War."
And Sarah A. Hoyt has what her fans call "NUNS IN SP-A-A-CE!" (and some additional works as well.) 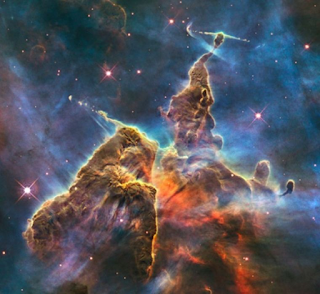 There is some seriously strange stuff out there.

There are others, certainly, who have dealt with faith in space opera, even if it's the Force.

As I've been rolling the problem of singing the Lord's song in alien circumstances around in my mind, over the past couple of hours, here's what I have come up with:


I've had to answer the question every day.

That's because every day is brand new territory. Yes, I have experienced a lot of Fridays, but never THIS Friday. This Friday brings new situations I have never faced before. Those situations are almost always tiny, insignificant variations, but I have absolutely zero guarantee that this will continue to be the case. In fact, if I have any guarantee at all, it's that sooner or later, I'm going to be on unfamiliar ground. Maybe literally; maybe I'm going to have to go to a location I have never seen before. Most likely, though, it's going to be a life experience that changes things for me.

Will I be able to discover the Next Right Thing to do?

Without trivializing the question, I still have to give a simple answer: well, yes. I will.

Because the Next Right Thing is ALWAYS going to be: sing the Lord's song.

Forget the details. Forget the circumstances. Forget the distance, the disorientation. None of that goes to the heart of the CHOICE. What DOES go to the heart of the choice is: practice. If I have been singing the Lord's song in health, in sunshine, when there is food in the kitchen and money in the bank, then I have been practicing for the other times. And if I have been faithful, and singing the Lord's song, and not a song in praise of myself, or prosperity, then I will simply continue to sing.
Like the Whos down in Who-ville.

How do I sing the Lord's song in a foreign land? I just : sing.

Greetings, internet friends and neighbors, and a big hidey-ho to all of you! Also, to any family members it amuses to visit here, hope the day finds you still able to touch your toes.

I wasn't planning a blog post today, BUT, after I made this long post over on The Old NFO's blog, I figured I'd add a couple of links, and post here. I really need to post more frequently, he said for the grillionth time.

Remembering the way it was, and why we did that:

If things I have read recently are accurate, the US was doing next-to-nothing with the missile tech and technicians looted from Nazi Germany. It took Wernher von Braun appearing on Walt Disney to get things moving. 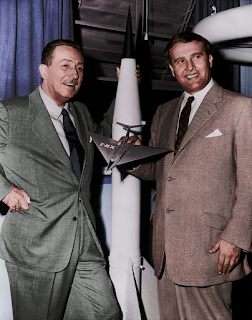 
I was four years old in 1957, when Nikita Khrushchev boasted that America sleeps under a Soviet moon. Four-year-old boys are literal-minded, and I was terrified of the moon for a long time after that. I have dim, dim memories of my mother comforting me by pointing to the full moon and assuring me that it was just a big ball of rock. It was whistling through the graveyard, for me, though.

I remember seeing “Alas, Babylon” on TV, and having nightmares about commies coming down the hall to get my baby sister. 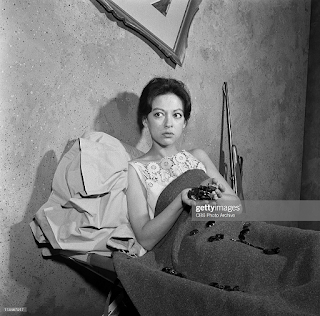 I also remember riding through those unending military convoys through the southern states, during what I THINK was the Cuban Missile Crisis in 1962. Lots of stuff that went bang and kaboom was stationed in Texas, and had to get to Florida. The troops lived in tent cities, while the politicians didn't. I looked for some images of these convoys, but they are not to be found using the Google-fu I possess. The 1919 convoys, yes; 1962, no.


And fallout shelters.I remember the duck and cover drills we did in elementary school, and the day we had an evacuation drill, and all walked home, accompanied by teachers, as a prep for a time when the buses couldn’t get us. At the moment, can't find a pic of the evacuation, but there are some available if you want to hut it down yourself. 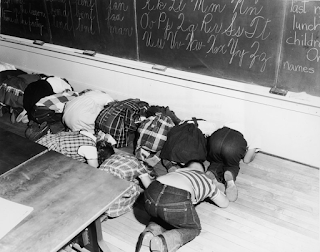 If you could get under your desk, you should do that.


A lasting effect of that was the Army changing the readiness status reports on vehicles, to a “green/yellow/red” status that was in effect when I was in the Army 1972-75. Evidently, someone was disturbed by the number of vehicles that broke down by the side of the road. Two lanes, remember?

I don’t know how much of that was based on real threats, and how much of it was politicians and defense contractors using terror to gain budgets and buy influence. I DO know that when I was stationed in Stuttgart in 1973, the primary reason I was there was to clog up the treads of the Russian tanks when they rolled through the Fulda Gap, long enough for Reforger to get under way. 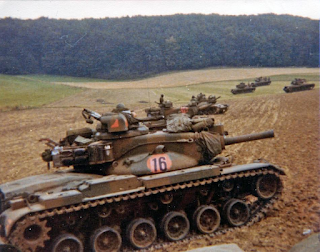 I was a medic, not a tanker.
But I do recognize that these are tanks.
And they are just hanging out in the Fulda Gap.


So, yeah, I’m a huge fan of the Saturn V, along with late lamented SAC, and the Strategic Defense Initiative, and everything else (including the still relatively easy availability of small arms and ammo) that made it a Bad Idea for another nation-state to wipe us out or invade. And from that perspective, got to say it doesn’t appear to me that any of that money was wasted.

Because my grandkids ain’t sleeping tonight under a Soviet moon. 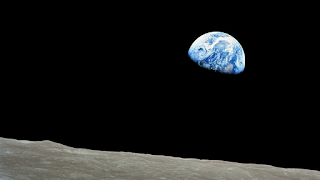 For those WITHOUT ad blocker, a picture link:

Here's the cover image and a LINK, if you DO have an ad blocker: 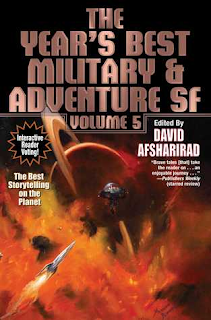 Now, I'm blogging this because it has been a LONG time since my last blog, and because I last reviewed Volume THREE in this series two years ago, and because Dragon Awards are around the corner at Dragon Con, and one of these stories will receive a reader-nom award at that time. Plus, I likely will be reviewing like crazy in August. Whatever.