Good DAY to you, dear friends and neighbors out there in Internet Land! And to family members who find your way here, much of the Preliminary Comments section is devoted to you.

I'm trying to get this posted while working with my phone as a hotspot; Internet is down from the hurricane.

Preliminary Comments. Gentle Reader, if I told you of my disaffection for horror in terms adequate for my innermost feelings, you might just call for the white-coated gents with butterfly nets to take me away; thus do I foam at the mouth, raging at the impropriety of such abominations, solely designed to terrify.

It extends beyond horror: I don’t like getting scared, period. As a 4-5 year old, I used to hide behind the couch when Roy Rogers would walk into the cabin , because I KNEW the bad guy was hiding behind the door, and was going to jump out on him.

This was NOT helped by my new  step-father’s (expletive deleted) love of grabbing me by the shoulder at the climactic moment, and making me jump.

You might wonder, then, how it is that I am reviewing “Weird World War III,” given that these stories are, to say the least, non-standard. It’s a fair question.

First, I admit to some inconsistency in my views.  I’m a fan of Quentin Tarantino movies, even though my gift-from-God, happily-ever-after trophy wife Vanessa, the elegant, foxy, praying black grandmother of Woodstock, GA, steadfastly refuses to watch “Pulp Fiction” with me; something about Samuel L Jackson and cheeseburgers.

What I’d LIKE to say my criterion for acceptance is this: Science is not Horror.

Even there, I draw lines. I have never seen ANY of the “Alien” movies, deriving all of my knowledge from cut scenes and memes, such as “Nuke them from orbit; it’s the only way to be sure.”

In the end, if you wish to make a deep criticism of my tastes, I can only say this: do not expect consistency from someone who often fails to discriminate between the functions of the dletew key and the bckspace key.

THE PRICE by David Drake. Whether you are of the opinion that David Drake invented the field of military science fiction, or merely that he took it from tiny crumbs to a smorgasbord, it can’t be disputed that his works give voice to the difficulties of coming home.  It is well enough, that this story is about a particularly difficult home coming: Ab, the older brother, welcomes Jesse, the younger, back into the family residence, after a particularly horrible mission.  Maybe some people come back home as the same people who left; you couldn’t prove it by me.

SHADOW ROOK RED by Brian Trent.   Concept: new tech allows passage between locations on Earth, which are linked to specific locations on an alternate world; except what is sea level here might correspond to a mountain top there, or worse.  The Soviet Union has weaponized it, with success. An essential researcher goes missing.

THE THIRD WORLD WAR by Mike Resnick. What is an appropriate response by a super-power, when a MILPOS country starts acting like a bully? Take “The Mouse That Roared,” rotate it 90 degrees, and you will get close. 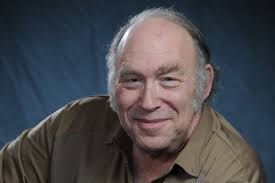 WHERE YOU LEAD, I WILL FOLLOW: AN ORAL HISTORY OF THE DENVER INCIDENT by Erica L. Satifka. I can’t remember the name of the online craze of a few years ago; lots of folks were trying to find treasure points, or something like that. Some people were so focused on the search that they ran into other people, lamp posts, traffic. That really happened; so, this story isn’t really far-fetched. And THAT’S what makes it a spine-shiver. BRRRR.

ALL QUIET ON THE PHANTOM FRONT by Brad R. Torgersen. Torgersen is a stupid name. There isn’t a spell-checker program on the planet, except maybe in some place populated solely by Viking descendants, where it won’t cause a red line to appear on the page, and that’s Not Nice. It’s a good thing that he has SUCH a deft hand at combining AMAZING truths of humanity to make phenomenal stories. For example: she isn’t what they think she is, but she pretends to be so they will leave her alone; he thinks the entire process is an abomination, but participates because he cares for the troops. Torgersen invented a brand new take on the BEM a few years back, but it’s the humanity in his writing that makes it shine. I love the guy.

ANASTASIA’S EGG by Kevin Andrew Murphy. Ouch. They have turducken somethings for sale at my local grocery store, but I’ve never had one. This story both uses things inside other things as a plot point, it IS a thing inside other things. Romanov princesses, ancient djinns, and a mechanical bucking bronco. It might help if you took notes.

TAP, TAP, TAPPING IN THE DEEP by Dr. Xander Lostetter and Marina J. Lostetter. Are the technical aspects of submarines and deep dives accurate? I have not a clue. My son-in-law was a squid, but he took care of the reactor, so I’m not sure enough of his expertise to delay the review long enough to get a verdict from him. I suspect, anyway, that it’s all completely realistic; it certainly READS that way. Stealth, spies, monsters and aliens, lies and loss, and: “The truth is, I love you...”

THE OUROBOROS ARRANGEMENT by Martin L. Shoemaker. A trope in cheap stories goes like this: “Yes, it’s crazy, but it just might be crazy enough to work!” It makes for amusing action sequences, but none of the craziness would actually last past preparation for Step One. On the other hand: what if you found yourself at the end of Step Fifty? All of them were crazy, and all of them had worked?

LAST CHANCE by Sarah A. Hoyt. I absolutely, positively deny that anyone can write a classic set-up for a slasher film, have it turn out to be something else, and get away with it. It simply cannot be done. Except: Sarah A Hoyt did it. Right here. In this story. It’s as if someone decided to give Hoyt the most impossible story-writing task EVER: “write your way out of THIS one, Beautiful But Evil Space Princess! Moose and Squirrel cannot save you now!” Listen: gentleman feels a compulsion to drive to a distant location. His car breaks down in the middle of nowhere, and his phone doesn’t work.  He is greeted by a Strange But Congenial Stranger! Even I, who refuse any interaction with horror, know how THIS is going to end up! Except, no. Because Science.  Good grief, woman, can NOTHING stop you?

ODERZHIMOST’ by Deborah A. Wolf. Yes, she gives the translation in the text; it means “obsession.” Yes, science, but more besides; this is also an eternal pain that comes from love betrayed (the obsession part!) The creepy old legend of the abandoned love who drowns herself (or hangs herself, in some versions) and then takes revenge on foolish passers-by.

NO PLAN SURVIVES FIRST CONTACT by Stephen Lawson POW! There might NOT be a completely new idea in this story, but WOW! The way he puts the parts together is terrific! Where did the Soviets get the advanced technology? How did they move so fast? Alien crash? But wait: even OUR primitive craft have rescue beacons! So, yes, science, but also Mongo, who, before he NEEDS a candygram, goes for a run, bringing along a nasty, nasty captain. Just for company, you know.

THE SCHOLOMANCE by Ville Meriläinen.  Not explained in the text, but readily available for discovery to anyone with a connection to the internet, the Scholomance was a mythical black magic school in Transylvania. We are introduced to this school in 1777, under the rule of Catherine the Great, and then we have brief glimpses under regime changes in 1817, 1918, and 1977. Mostly, the problems are the same as in any school: kids running in the halls, keeping order. That sort of thing. And maybe one other.

IT’S A MUD, MUD WORLD by Peter J. Wacks and Bryan Thomas Schmidt. This story is set in 1985. Gentle reader, I’ve been wading through these stories, without considering whether the background will be comprehensible to chronologically-deficient individuals. If you haven't seen the movie “War Games,” I believe it’s on Netflix. Go watch it, if you want to really understand this story.  Also, there is quite a bit of computer code that might obscure; it purports to be  code which permitted access to computer bulletin boards of the day. (I used a program that came with my 300 baud modem.) MUD is referenced, but not defined in the story. I believe it’s an acronym for Multi User Domain, or Multi User Dungeon, perhaps even Multi User Dialup; at any rate, it describes the way people talked to each other with computers prior to sometime in the 1990s.

A THING WORTH A DAMN by Alex Shvartsman.  In this timeline, Kennedy wasn’t assassinated in Dallas, and somehow he managed to bankrupt the country in competition with the Soviets in the Space Race. California and Utah seceded; Cali goes socialist, and falls under the influence of the Soviet Union. (No word on Utah.) Nothing works, except the famine. A Soviet officer is tasked with securing a scientist who tried to escape California, and get him to Cuba for processing.

EVANGELINE by C.L. Kagmi Evangeline has some ability to interact with the dead. The story seemed a bit short on explanations to me, but for some reason she is notifying people whether or not their sons/lovers/brothers/whatever are alive in Vietnam. She’s kidnapped by government agents, who want her to ...do something.

BLEAK NIGHT AT BAD ROCK by Nick Mamatas.   “Cold War” makes a convenient name, to cover all the organized violence done during a certain time. You can decide for yourself whether the efforts were to make the world safe for democracy, or to enable peaceful coexistence. Certainly, the US and the USSR were not the only countries impacted by the Cold War. Beyond that, this story addresses the impact of belief.

ZIP GHOST by T.C. McCarthy. Alternate realities/multiple dimensions can make you crazy. Don’t worry, though, we have something for that. Here, take this peyote. And here’s an injection to give you syphilis. That combination should work pretty well. Now, go blow stuff up, and try not to die.

DENIABILITY by Eric James Stone.  We start with the idea that Kennedy’s assassination was ordered by Khrushchev, and that the Warren Commission report was just to calm people in the US down. Then, postulate a person with the ability to kill people remotely. Feel like implementing a revenge program? It cascades. It ALWAYS cascades.  One of the best features of this story was the way that lead characters used language to appear to say one thing, while meaning something else entirely.

SECOND FRONT by John Langan. You ain’t gonna BELIEVE this, but: both the US and the USSR built secret bases on the moon, without each other knowing! Truly, I loved the part of the story where the reasoning behind keeping the US base a secret for was revealed through, at least, four different Presidential administrations. We could have stopped there, but I suppose we did have to have an invasion by intelligent lobsters at some point in the book.

A Final Note. Mike Resnick crossed over earlier this year. He wrote one of the stories in this volume; he wrote a LOT of stories. He won awards. I hope he made a bunch of money, but I have no idea about that. Regardless:

“Mike always made a point of giving back to the science fiction and fantasy community by taking new writers and editors under his wing." Sean Patrick Hazlett. Weird World War III (Kindle Locations 88-89). Baen. Kindle Edition.

We would all do well, to leave such a heritage.