Last Night, I Flew to Macon to Meet My Dad

In my dream, he was still alive and vital, and I was looking forward to showing him that I had gotten my pilot's license. He flew commercial for decades, and when he made the Final Take-Off, on a Wing and a Prayer, he had 28,000+ hours in his log-book.

For some reason, I was transporting two unruly children to a facility near his house, and I  planned to go by and see him after dropping them off. It didn't work out, though; you know how dreams go. 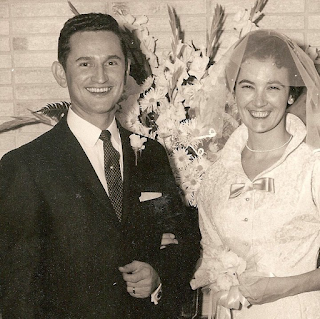 It was good to think about seeing my dad again. He wasn't my bio-father, but he took up those duties when I was five years old.

Perhaps it's because I'm now 65, and he passed shortly after his 67th birthday, but I've had occasion to think of him recently. His last few years were not healthy; that's what genetics will do for ya. His own father was 56, I believe, when he passed.

Would you want to have that information available to you before choosing a mate? The dating websites ask for some information, but it seems to me that family medical history would be a nice thing to know, before walking down the aisle together.

NOTE: the sole purpose of this blog post is to see if I can get a few comments.