Fan fiction of the OOOPS! type: a proposal

I wish to propose a new type of fan-fic, which I think off as the OOOPS! style. 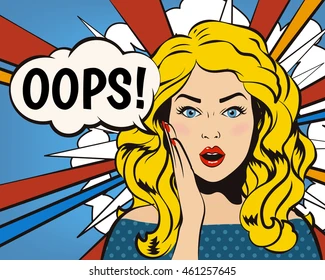 Take a well-known scene from a book written by someone in Sarah's Diner (or a Baen author) (or whoever you want) and at the height of the action, screw something up.

It should NOT be due to a newly-introduced character defect of the protagonist, but rather from a bit of randomness that throws off the entire plot.

NO resolution is needed!

An example follows; this is from the second Belisarius novel, actually packaged in the somewhat recent omnibus version.

A faction in India has the backing of an evil supercomputer from the future; the plan is to rule the world and eliminate timocracy forever, thus maintaining blood purity. Rome’s best general, Belisarius, has been provided with a supercomputer as well, sent back to prevent the changes in the timeline. His computer exists in the form of a jewel, which he keeps with him all the time.
Belisarius has persuaded the Indian leaders of his intent to betray Rome, as a way of gaining access to their plans. However, he is forced to meet with the enemy computer, which is a near-perfect lie detector. He is forced to flee by jumping out a window into the river.
What follows is the text of Eric Flint and/or David Drake, the authors, except for the last line:

Belisarius reached the window. There was no time for anything but a blind plunge. He dove straight through the silk-mesh screen, fists clenched before him. The silk shredded under the impact. Belisarius sailed cleanly through the window. He found himself plunging through the night air toward the surface of the Jamuna. The assassin's hurled knife missed him by an inch. Belisarius watched the knife splash into the river. Less than a second later, he followed it in.

He decided that he had time, finally, to shed his clothing. He needed to wait, anyway, to observe whatever search pattern the galleys would adopt. It was the work of a minute to remove his clothing. Another minute, to remove his boots without losing them. Another minute, carefully, to make sure that the pouch carrying his small but extremely valuable pile of coins and gems was securely attached to his waist. He reached to secure the pouch containing the jewel around his neck...it was GONE!

So, I suggest that you go back and consider your favorite works, and utterly destroy the plot, just for fun. Again: this should NOT be due to a previously unrevealed character defect by the primary players; Johnny Rico's suit can fail at bad time because he forgot to gas it up, but he shouldn't be revealed to be a vampire when he sits down to dine with Carmen.

But you can do that if you want to, I suppose.