How to trim your beard & surprise your wife pleasantly

I need  know: How many Leatherman (or Gerber) Tool kits you need in an American household before you can find one. I know I have two, and I think there may be as many as six in the house, depending on what the boys took with them when they grew up and moved out; but so far, all I know is that it's a number greater than two.

I suspect it's not just a threshold number. My guess is that there is a predictive algorithm:

Which means Tools found equals the absolute value of Tools owned multiplied by negative values for the number of Children(young) + Children (teen)+ Children (adult, resident) + Children (adult, non-resident).
There is a bit of wiggle room in these figures. You will notice that there is no factor in here for 'Spouse.' That's because whenever I ask her where my whatever is, she hasn't seen it, doesn't know what it is, and she gave it back to me the other day, remember?
This is a hypothetical Spouse, NOT my gift-from-God, happily-ever-after- trophy wife Vanessa, the elegant, foxy, praying black grandmother of Woodstock, GA. She HAS no faults, thank you very much. Why, in fact, yesterday, she told me to plug in the electric drill for some reason, and I said okay, turned and looked at the drill (right next to my file cabinet), and it was fine. So, sometime in the night, someone stumbled over the cords, almost pulling down the printer, and coincidentally unplugging the drill.

Why do you want the drill? You said you were going to trim your beard!

Yesterday afternoon at some point, the ground-fault tolerant plug on our window air conditioner went out, and it's HOT in the bedroom, and even hotter in the bathroom. And the screw holding the head on the rotating fan is just loose enough that the fan slumps, dejectedly, moving air around my feet.

Is that it? You need the multitool to tighten the screw on the fan? How long does it TAKE you to trim your BEARD?

I was getting to that. About a week ago, I gave Kenneth the buzz cut he asked for, and the lad has this amazingly thick, soft, curly hair. When ever he goes out, the people always shout "Amazingly Thick Soft and Curly Hair, Na na na na na na na! He HATES that. So, I really did clean my Wahl trimmer (the industrial version, with the turbocharged diesel engine), but, as I'm about to trim the beard, I notice I missed some.
And to clean it properly, got to remove two little Phillips head screws.
And then I'm gonna tighten the fan.
And then trim my beard, and clean up.
And then see about repair or replace on the air conditioner GFT plug. You don't need all that stuff anyway, just cut the plug off, and stuff the bare wires in the light sockets.

Umm, I'm not gonna do that if I don't have to. The oven is one of those that is either gas or electric, and we use gas, so I think I have a heavy duty cord somewhere.

If I can fix everything needed to trim my beard (Scissors? Who said scissors? Go to the back, you) I will take a before and after picture.  And hope Vanessa smiles.
I LOVE it when Vanessa smiles. 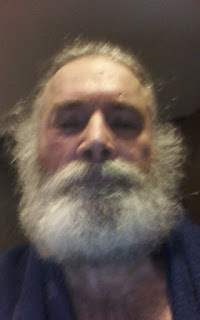 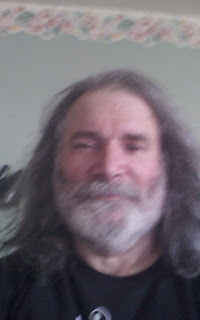