A Memory of the Time Before Marriage; Vows to God

Greetings, Internet Friends and Neighbors and Happy Family!
And howdy to glum family as well; I recommend a nap.

Nine years ago this week, I bought my gift-from-God, happily-ever-after trophy wife Vanessa, the elegant, foxy, praying black grandmother of Woodstock, GA, an engagement ring, and put it on her finger. It's a lovely memory.
Then, I was cleaning up my browser bookmarks today, and ran across this bit of history. Before you read it, I must explain:

Three years after my long-time family unit disintegrated, I emerged from my cocoon, and sought counsel from my pastor about my future. Was it possible for me to begin a family at age 57? I had no idea about how that might happen; I had been married for a little over 32 years, and knew NOTHING about the contemporary dating scene.

He had a few ideas, thinking about some women he knew in the church, but none of those turned out to be a match. Too soon, too young, whatever. He suggested I look into dating websites, including Harmony and Christian Mingle.

I gave that a try for a bit, but my results were not good. For some reason, my profile seemed to attract 70 year old ladies with no teeth who lived in a chicken coop in Despair, Montana, and that was about it. So, I had reconciled myself to learning to be single. After three years, maybe I was over the worst of the adjustment.

I decided to give it one last try. 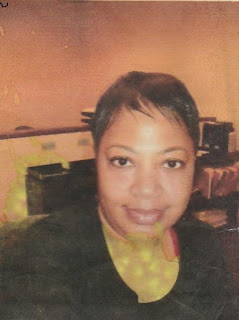 (Ignore the yellow spots.
This is a scan of the original picture,
which I printed from the website
and carried in my wallet for nine years.)

I get a picture of this drop-dead gorgeous woman on my page; and her screen name is a BIBLE VERSE! I look it up; it's a BOLD Bible verse!


For your husband is your Maker,
Whose name is the Lord of hosts;
And your Redeemer is the Holy One of Israel,
Who is called the God of all the earth. (Isaiah 54:5, NASB)


This drop-dead gorgeous woman is proclaiming that she is the wife of the Almighty God!

And you should have seen the list of requirements she had for a husband....BRRRR! She said she was seeking a man who would be faithful like Abraham, passionate about God like David,  brave like Gideon, and love her unconditionally like Jesus.
(I'm afraid I may have lost consciousness at that point. For a bit. But I got better!)

Except the age range she gives is 50-60, and she says she is a grandmother; is it, perhaps, a picture from a long time ago? We correspond, a tiny bit, and arrange to meet on Christmas Day, 2010. And that's when I discover that she really IS a grandmother, she really IS just six years younger than me, and she really IS that beautiful and looks that young.

Ummm...about that meeting: I left one tiny little detail out. You see, as soon as I saw that picture (THOSE EYES!!!) and read her profile, with her uncompromising stance on her Christian beliefs, I knew I wanted to marry her, and my greatest fear was that someone else was going to grab her up before I put my claim in.

So, I did something that some may find a bit impetuous. Hasty, even.
(I care not. This is my FUTURE we are talking about here!)

Well, no, we actually hadn't even met, yet. But she was EXACTLY what I wanted in a wife, to the tiniest detail, and I really didn't want to lose her to some guy who was just as smitten as I was. I wasn't depriving her of HER choice; she didn't even have to answer my messages if she didn't want to. I was just letting her know that I had found what I was looking for. Why keep on looking if you see what you want right away?
That was my perspective.

So, I went to her house on Christmas Day. I brought presents for her children, and for HER, I had something special: I gave her my high school ring (class of 1971) and my Army dog tags.
(Always HAVE been a romantic!)

I chuckle, because it was obvious to me that she was scared pretty badly. I expect she was afraid I was going to attack her, or ask her to run off into the wilderness and join a survival commune or something. Nope. I was my normal, charming, polite self, acting just the way a proper suitor should act. I was nice to her kids, and spent whatever time talking with them that was convenient for them.

And, within a few weeks, she DID ask me to marry her, and I said yes, and then we got an engagement ring and started a LONG (seven month) series of pre-marital classes. She said our relationship was like that of Ruth and Boaz.
We were married on August 6, 2011.

There WERE some bumps along the way, even at the very end of the engagement period. Love prevailed, though. And what follows is something I wrote not long before our wedding day:

***
So, I'm marrying the wife of the Almighty God. That's a pretty tough act to follow! It's not news to me, though; in fact, I knew my sweet Ruthie, my darling Vanessa, was the Wife of the Almighty before I knew her name! So, I walked into this relationship with my eyes open.

But now, as I'm writing my wedding vows, I have realized something. I have to make vows to Vanessa, which is customary, but I also have to make vows to the Lord God. He's really her Husband; He's just loaning her to me, temporarily, until He returns for her. So, it's a pretty solemn event, when I promise our Father in Heaven, the Creator of the universe, that I will treat Vanessa, His bride, the same way He treats her. Query: is it even POSSIBLE for me to do that? Well, it must be, because there's no way He would permit His bride to be placed with some dork who wasn't going to cherish her, always desire her good, and take joy in serving her.

And truth be told, I am incredibly honored to be chosen! Check this out, all you dudes who read this: The Almighty God was looking for someone He could trust with His bride...AND HE PICKED ME! WHOO- HA! Did I win the lottery, or WHAT! Out of all the men in the world, He picked ME to stand in for Him. Listen, I don't know what your measures of success are, but this is better than being king. this is better than getting picked to be the chaplain to the United States Senate. This is bigger than being the Pope! Or being chosen to lead three major denominations at the same time! Listen to this: God went looking for someone who He could trust to be married to His wife, AND IT'S ME! That makes me like, I dunno, a super-hero or something! Maybe I'll get my own comic book: Stand-In Husband Man!

I ain't worried (okay, maybe a little bit, but just a little), because those He calls He equips. So whatever areas I currently am not up to standard in, God is going to issue me the equipment I need, or provide the training, or whatever is needed. That's because we are SURE about one thing: He is very, very serious about loving His bride.
Man, I've got to get those vows finished pretty soon. Only 17 days, 17 hours, and 23 minutes until the ceremony.

Your teddy bear is waiting for you.

And that's the way it worked out. And I'm glad.

Peace be on your household.
Posted by Habakkuk21 at 5:36 PM