If you DON'T have an ad blocker running, you will see a graphic link to the book next:

Don't  feel left out, in case you DO have an ad blocker running (as I do)! Here is a link to the book for you, after a picture of a chicken:   CHIKENS R GUD FOR U!!! 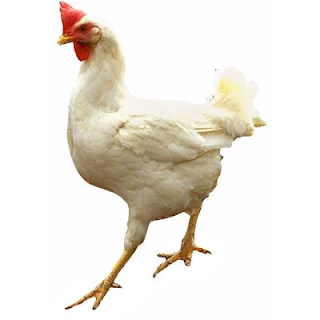 (Because you ad-free people didn't get a graphic)

A variation on 'In the country of the blind, the one-eyed man is king,' is that brand of lovely escapist literature (and movies) about being in possession of advanced technology among primitives. There are LOTS of ways to make this happen, from time warps via messing around with superstrings, as in the 1632 universe, or Lord Kalvan of Otherwhen,  to landing on a primitive planet, as in a million movies and Twilight Zone episodes, to all of the post-apocalyptic stories, regardless of the nature of the apocalypse.

Now, while I PERSONALLY would favor being provided with lots of weapons, ammo, and magic healing devices if I were to be dumped in a pre-industrial society, what I prefer in reading is how advanced technology is re-introduced, and it seems a lot of people agree with me. I take the 1632 for evidence of that; not only do we have the BODACIOUSLY large number of novels and nonfiction books published in that universe, there is also the Grantville Gazette, which is, I believe, up to Issue #80. They never thought it would go that high, and I support THAT statement by pointing out that they started by numbering the Gazette with Roman numerals.

And thus, the series that Laura Montgomery has brought us, "Waking Late," is something I enjoy tremendously. She manages to insert time travelers into the story without having to have time travel, which I really appreciate, since I think time travel stories are too full of malarkey to be much fun. Her time travelers are colonists and soldiers who went into long-term suspended animation in order to make a lengthy space passage to a new planet. Unfortunately (details are in the first book), they didn't make it.

At the time of the three books, the descendants of the first people awake have devolved into a ferociously tyrannical monarchy, and most of those who are not rulers are serfs or slaves; they may not be called that, but that is their existence. Labor saving technology has not been introduced, and thus muscle power, either human or human directed, is what brings in the crops.

I speak now as one who was seduced at age 18 by the myth that 'living off the land' was a good thing; it's not. The best thing that science and engineering ever did for us was to free us from back-breaking, continuous labor needed to feed ourselves. While it required legislation to legally free the slaves in this country and others, it is technology that made that a viable alternative.

The society of First Landing, with the brutal monarchy in charge, REQUIRES slave labor to exist. Their ability to control the population is dependent on the absence of the slaves to fight back, and that's what the protagonist Gilead brings. There is minimal use of spaceman technology; only a few communicators exist. So, how is the conflict created and resolved?

This is where we MUST give proper homage to the author, and to her diligence in doing her research. I was fortunate to visit with a gunsmith who specializes in working on antique firearms. He walked me through the evolution, handing me examples of each, from matchlock, to flintlock, to percussion cap rifles. It's the NEXT step that makes the difference, and Montgomery was faithful in her reproduction of the Spencer rifle, introduced in our timeline just before the start of the Civil War. Her account of some of the battles in the book mirror some of the conflicts in that war, when the rebel forces were limited to muskets loaded with ramrods, and the northern troops armed with fast-firing Spencers. The fact that she is a SPACE LAWYER ( although not a lawyer in SP-A-A-CE!), and not any kind of fire-arm expert, makes the reading all the more delicious.

I reviewed this on Amazon as well. The link will be posted down in the comments; 'helpful' votes are appreciated.