I have written an Amazon review for this book as well, but Amazon doesn't have the same publication deadlines that I have. Therefore, my link to the Amazon review will be included in the comments, once it goes live. I'll put it up on Goodreads at that time as well. I mention these things because i want you to vote 'helpful' on my Amazon review, EVEN THOUGH!!! my Amazon review isn't nearly as good as the review written by Howard and Kelly Beam. That review is the first one listed in the Amazon listing for the book, and if ALL reviews were that good, authors would be happy, and so would readers. Check it out, okay? And, by the way: you can vote 'helpful' for theirs, as well as mine.

In 2015,  I made it a point to review as many of the Hugo-nominated works in as many different categories as I could. I found it to be a very educational process, and I would not have gained such broad exposure to as many literature forms if I hadn't tried that approach.

Alas, the conduct at the awards ceremony let me know that People of My Kind were not welcomed, and I have not devoted any resources since to discovering what was being touted as 'The Best' by that group. Evidently, other People of My Kind were similarly affected, and The Dragon Award now rests in the place of honor once reserved for a plastic rocket ship.

And all were happy!

Well, not QUITE, for there is one more 'alas' offered by me, and perhaps some other reviewers. You see, the Finalists are announced less than one month before the awards are given, and that's all the time I have to read and review the nominees.  I'm not going to try to review the movies, nor the TV series, nor games in any format. Since I am a curmudgeon, and tend to avoid interacting with popular culture, I'm also not going to review books with a media tie-in, because I wouldn't get the references. And, since I'm a sissy, and don't do horror, I'm not going to review any of the horror novels, either. With those restrictions, that means I have 22 days to review 28 books.

So, THIS is my first review in my rushed-up run-up to the Dragon Awards. "The  Mutineer's Daughter" is a finalist in the Best Science Fiction Novel category.

From the title, I was expecting this to be entirely about the daughter, and if I had pushed my imagination further, I would have said it would be about the daughter overcoming her father's reputation. That could have been a vary good book; I have read similar tales in the past, and enjoyed them.

However, the book is about the Mutineer AND his daughter. Their separate stories are told in parallel, and it is VERY well done, indeed.

Benno is the father; he is a Chief Warrant Officer onboard the ALS (Alliance of Liberated Systems)  ship Chesty Puller. He had to select a career in the Navy in order to provide for his family and their farm, back home on Adelaide. The OBVIOUS enemy is the Terran Union (nasty little nickname), but wait, there's more...

Meo is the daughter; with her mother dead, the only tie she has to her family is a short holograph recording of her father, telling her that he loves her and will be back for her. She's 14, so you get all of the emotional fragility that lasses of that age experience; and, she has also been raised in the care of the neighboring family, who provide her with food, shelter, and clothing, but leave her emotional needs somewhat unmet. She is too young to go into space, even though that is all that she wants to do: ship out, and find her father.

Adelaide is one of the ALS planets, and shares with the other worlds in the system a strict class separation. The aristocracy is composed of those who are descended from the wealthy who provided funding for the colonization efforts; the plebeians are the workers, who contributed labor and lesser technical skills. Although there are elements  in the aristocratic class that advocate a looser class structure, the legal system, as well as the practices, keep the two groups separate. Benno is a bit of a unicorn, in that his long service and expertise resulted in promotion to the officer class. However, it is clear to him that the captain of his ship merely tolerates his presence,  giving the impression whenever he is around Benno that he smells something unpleasant.

In the aftermath of ship-to-ship combat, Benno's heroic efforts are instrumental in keeping the Puller alive, and able to fight. However, that same battle reveals the ALS plans to abandon six of the worlds mostly populated by the lower class, while protecting the planets which are home to the aristocracy. Among those are worlds holding the families of many of the crew, and that includes Benno, because Adelaide is one of the six planets abandoned.

Benno tries to persuade his captain to allow him to leave the ship, and return to Adelaide to care for his daughter, attempting to trade on his recent laudatory efforts in repairing the ship to win favor. When reasoning, persuasion, and pleading have no effect, he completely loses his cool, and assaults one of the most contemptible aristocratic officers. He is tossed in the slammer, with a death sentence hanging over his head.

Meanwhile, on Adelaide, Terran invaders sweep through the farmhouses, killing all who resist, and burning the dwellings to the ground. Meo barely escapes, after witnessing horrors. Stumbling through the darkness that night, she falls into a cavern leading to an ancient tunnel system. She formulates plans to exact revenge upon the invaders, but when she finally makes contact with the Resistance, she is assigned to wash dishes. Not very heroic, is it? SHE certainly grumbles about it.

I don't think I have ever seen the parallel-story structure handled this effectively.  There are NO dead spots, with one party facing certain death, the switch to a scene of the other party having oatmeal for breakfast. While the driving force for Benno and Meo is always reunification, each has a separate set of crisis events to deal with that are specific to their character. These aren't trivial for either of them, by the way; without going into spoilers, let me say that you will not expect some things to happen, in BOTH story lines.

That's a big factor in what kept me burning through the pages. I really did NOT know what was going to happen to these two characters, or to the people they were with. The story carried a tension I tend to associate with movies or TV, rather than with print media.


I DO admit that my threshold for suspense was formed in the early days of TV (the 1950's), when I used to hide behind the couch when the Lone Ranger rode through the canyon because the bad guy was waiting behind the rocks to shoot him. 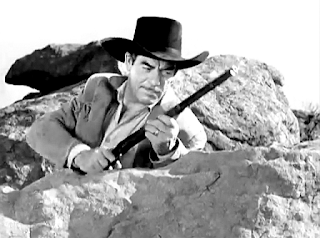 Still, I doubt that many will be able to predict the development of these plots.


And hooray for that!
Peace be on your household.
Posted by Habakkuk21 at 7:25 PM