The Hardest Part of the Redneck Biker's Day

I already had this post blocked out in my head during one of my morning walks.

Then my daughter called me about 20 minutes ago to tell me she was in labor with her second son, William Isaac. So, I don't know if I will have the same output as intended.


This just in: born at 1:48 PM, doesn't even have his weight done yet, is my latest grandson! 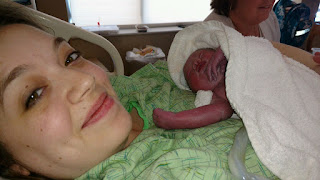 BUT: what I wanted to talk about was morning routine, and a helpful philosophy I developed over ten years ago.

The only transportation I had was a motorcycle. Those are wonderful devices, but they are NOT really ideal as a solo means of transportation. It gets really cold on a motorcycle, and when it rains (or worse, sleets) you are GOING to get wet, no matter how good your rainsuit is, even if you have a windscreen (which I did). And, for what seemed to be an interminably long time, it wasn't just ME going to work on the bike; I took my youngest son Moose to the high school, which was right next door to the middle school where I worked as a school counselor.

Moose at least had my bulk to huddle behind, somewhat. But, as he stood well over six feet tall by the time he was 14 years old, there was always some of him sticking out. If it wasn't freezing or raining, it was pleasant, and something we enjoyed. But on the otherwise days, we just...endured.

So, as a means of offering my youngest son some consolation, I started telling him at the end of the ride: "Remember, no matter what else happens, the hardest part of the day is already over." And with that, he would lope off to high school, and I would trudge inside to see what the day would bring.

The ride home was NEVER, EVER as bad. The worst we had to encounter was traffic. That's a non-trivial operation, by the way. You who sit in your cars have NO IDEA of how hard it is to balance a motorcycle with 500 pounds of Patterson Boys at the slow speeds we would encounter. But: at least it was daylight.

I'm not entirely sure, but I THINK my philosophy is the same. I've just moved the starting part a little it. The old bod creaks from time to time, but:


Once I've gotten out of bed, the worst part of the day is over. Everything else is gravy.
ENJOY YOUR GRAVY!
Posted by Habakkuk21 at 9:54 AM