Review of "The Good, The Bad, and The Merc," Seventh Seal Publishing

This is mostly the same material you'll find on my Amazon post, which you can find here. It will also be reviewed on Goodreads sometime in the next several minutes.

If you read the review on Amazon, please click the 'helpful' button. I'm trying to recover from a rather harsh series of days starting in August and extending into November.

Close examination of my Amazon review reveals that I presented 10 'notable stories,' singled two out for exceptional praise, and said nothing about six. What's my justification for that?

It's all a matter of taste. None of those stories were awful; if they had been, I would have said so. It's certainly NOT a defect in the authors; I've read & reviewed work by most (if not all) of them in the past. Reading these six, today and yesterday, just didn't ring any bells for me. If any of the authors want to contact me to get any specifics, feel free, but I MIGHT not have anything to offer; it might be just an impression.

Reviewing anthologies is HARD. I couldn't review several of these short stories without giving away an important part of the plot, so sometimes, I just hinted. That being the case, I decided to limit my reviews to the stories I had the best reaction to. YMMV.

Now, here's the text of the four-star Amazon review:

I obtained this book through the Kindle Unlimited program.
As long as they keep writing books in this series, I will keep reading them. I like the fact that with the anthologies, we get to read the works of LOTS of authors, and I hope this is a trend that will continue. It might even help to bring back the short stories as published in the Golden Age, and hook new generations of 14 year olds.
Overall, this book seems grimmer to me than prior books. Lots more good guys get killed. Cliff hangers with unrevealed horror. That sort of thing.

'The Beach,' by Phillip Wohlrab. It's good to see medics get some respect. I've wondered if the wonderworld of advanced technology and self-administered nanobots would leave any room for the field medic. The answer is YES, and an even greater need exists. Since the weapons are so deadly, an assault requires a LOT of medics. Everything has to be done right now, and too many are DRT. If we can get you stabilized and on the medevac, though, you are probably going to make it.

'Velut Luna,' by Chris Smith. I love this story, in every different set of clothes it wears. Snotty street kid, given a chance to do some good before they die or get sentenced for hard time. A family is forged out of the mild steel and hot flames. Particularly good scene here about the teaching taking place over slicing vegetables. I REALLY liked that scene!

'Keep the Home Fires Burning,' Jason Cordova. Tribalism in space, rotten intel, stupid team members, loyalty, and hope for the future of the clan. It's told in a series of flash-backs, but I had no problem following the story.

'Vvremya,' Mark Wandrey. Down-and-out team risks it all on one last throw of the dice. Some authors delight in doing horrible things to their characters. Is the Horrid Little Planet going to produce treasure? Make sure you read the fine print before you sign the contract !

'The Last Guardsman,' by Stephanie Osborne. He's the very last of his bloodline, but that's not a problem, because he just has this one tiny job left to do, and then he retires, marries, and has lots of kids. He's very mindful of the need to leave a legacy.

'Unto the Last - Stand Fast,' Robert E. Hampson. Unless I am mistaken, this story calls upon the memorable resistance of Swiss mercenaries who died protecting members of the French aristocracy in 1792 during the French Revolution. Somewhere around here, I have a picture of myself standing in front of the Lion Monument in Lucerne, Switzerland. Beside the appeal of this aspect of the story, I liked the combination of humans and aliens into a more-or-less unified church, complete with schisms.

'Under The Skin,' Marisa Wolf. The Depik are a race of assassins. They have the ability to become transparent to all forms of detection. In fact, they are TOO perfect; like Superman, they need Kryptonite. That appears to be contained in their aggressive family structure, which appears to serve driving them apart, rather than uniting them. And, they are cat-like, at least in this: they like to play with their prey.

'Angels and Aliens,' John R Osborne. Pastor Jim wants to know about God, and how aliens fit in with people in God's creation. That could be a real problem for a mercenary company, but Jim also has an uncanny ability to read people, and thus provide comfort in the format they need. Is there room for a theological discussion in the middle of a firefight? I would argue that there is no better time to discuss the meaning of the universe. This was truly a superb story.

'Life,' Chris Kennedy. Zeke is a slave. He was captured during the first Earth mercenary wave, known as the Alpha Contracts, although Zeke never heard that term. Instead, he's been doing slave work. After a gladiatorial contest gets the attention of his new master, he gets to work on biological solutions to life and death. He's a little bit weird, though; decades of hard labor captivity will do that to you.

'Lessons,' by Kacey Ezell. To the best of my knowledge, Kacey Ezell finds it impossible to write a bad short story. In fact, she can't do mediocre, or even good. Everything of hers I've seen has been brilliant; she finds a way to put us into the person of the universe's most frightening and loathsome beasties, and makes them something that we want to buy as fluffy toys for our grandchildren. "No, Eliott, don't pull on that string just yet. That makes her fangs grow, and she might bite you by accident. You can pull that string when you wear your welder's gloves, okay?' If I am not mistaken, this is another tale of the Depik race, the super assassins of the galaxy. In an attempt to weaken his rival, a semi-rogue Depik steals the newborn cub of his clan leader, and abandons her to die. Ezell makes us EXPERIENCE the physical and emotional pain the newborn feels at being abandoned. Instead of conveniently dying, however, the cub finds food, and a mentor. And she not only survives, she thrives. I don't know if the Depik have archived legends, but if so, there is likely a body of work dealing with the appearance of a savior/destroyer, who will transform the race into something unimaginable.

For one reason or another, these are the stories I found noteworthy. There are others that you may enjoy as well.

My one suggestion for improvement: include a Bestiary (or whatever term describes sentient aliens) with each volume of this series. I'm not obsessive enough to remember the characteristics of each race, just based on their name. My PREFERENCE would be a hypertext link whenever an alien race is on stage. And, if you REALLY wanted to blow us away, give us a picture along with the descriptions. And print up trading cards for sale. You KNOW there is game potential here, so you are going to have to do it sooner or later. 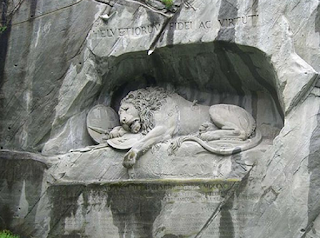