R.E.D. on Friday, and Dead in April 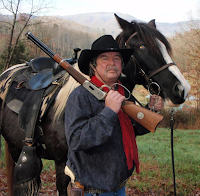 My dear departed biker brother, Garvin Ray Bell, was a deeply committed Christian believer; a veteran; a  small business owner who wasn't too proud to take part time jobs when the economy went bad; and a man who celebrated sharing the truth he had been given. Every Friday, he wore R.E.D. for Remember Everyone Deployed (until they all come home.)  And that was a gift he gave me that was a major part of my life for a while. It's a family tradition to serve our country, going back to my grandfather who took care of the mules in France in WWI; my father, stepfather, uncles, cousins (me, too) all served. However, when my frirstborn son's National Guard unit got sent to Afghanistan, right after HIS firstborn son was born,  suddenly stuff got SERIOUS! I don't think I missed wearing red on any Friday, and I sent Kenneth and Alicia to school wearing red, even if it was school spirit day: we had a higher calling.
Every once in a while, Ray would go off on a tear about something political, and my response to him was always the same: "You need to buy more guns, Ray!" I told him that if he had enough firepower up there on his farm in Blue Ridge, he wouldn't need to worry about what the idiots were doing in the city. He had at one point been active in Cowboy Action Shooting, and I was thinking about that as my next project, so we talked about what kind of gear I needed to get. I had a standing invitation to bring the family up to his farmhouse, and help him pick and prep his vegetables, but we never really took the time to make it happen. I talked to him the night before he died; he wanted me to get the brothers and sisters from a retreat program we shared to pray for him, because he was going in for surgery. We prayed, but we didn't get the answer we wanted; Ray never woke up. And that will be three years on May 5.

Second, Dead in April.
I am about as politically bland as it is possible to be. I do not give a fuzzy rip for the idea that the government is going to look out for me, or that it has my best interests at heart. I believe that the best government is that which governs the least, and I guess that makes me fall into the conservative camp; I also think that the government ought to concern itself with national defense, international trade, public health, a good transportation network, and guaranteeing that every child has access to a free, appropriate public education in the least restrictive environment. Anything else you feel it's essential the federal government be involved in, please feel free to attempt to convince me that it's necessary, but my default position is : NO! I spent around 22 years of my life in the  employment of national, state, and local government agencies. and there is a horrid diffusion of responsibility that takes place with big government (and I suppose, big corporations as well). A citizen is presented with some low ranking person, who is allegedly tasked with providing some service. That low ranking person gets paid the same, whether they render good service or not. It is amazing just how often you can get good service, sometimes even courteous and helpful service! But I think we all have had the grinding experience of being face to face with a bureaucrat who has absolutely no care for example, that THIS IS YOUR CHILD'S BIRTHDAY and you want them to get their driver's license, and you got here before the deadline, but because THEY moved so slowly, now there isn't time for your child to take a test. And they don't care.
I hope you never have to deal with the people who work in a jail. I don't like going through the humiliating process, I don't like being treated with contempt, just because I am visiting an inmate. Sure, I get it that the inmate is there because there is reasonable cause to believe that they have committed a crime, but VISITORS haven't committed a crime, and are already looking at the heartbreak of visiting son/daughter/wife/husband/etc behind bars. So, why treat them like dirt?
BECAUSE THEY CAN. And they have the power to deny the visit if you take issue with the way you are being treated.
Now,  EVERYTHING I have talked about in this second section is minor, trivial, and essentially meaningless. It does however, serve to demonstrate (at least to me) that the BEST government actions are those which are presented on a personal level, by a person who has demonstrated that they value their job, and that they understand that the person seeking service is deserving of courteous treatment (unless they start getting nasty, for which there is no excuse).
Now, where can we find, today, an EXCELLENT example of the OPPOSITE approach, where the government comes across as uncaring, unfeeling, and inconsiderate? Hmmmm...
How about:
ARKANSAS!
Arkansas has not carried out a death sentence since 2005, due to problems obtaining the necessary drugs and legal challenges. So, after 12 years, on February 27, 2017, Arkansas Governor Asa Hutchinson signed one of the most bizarre directives in modern history. The order is for two prisoners to be executed on each of the following days: April 17, April 20, April 24, and April 27.
Eight prisoners over a period of 10 days.
Why eight?
Because the state only has eight dosages of midazolam (Versed), the sleep drug.
And those eight doses expire at the end of April.
It's not an expensive drug, either. One source said a vial of the drug costs thirty-five cents.
So: let's not let the drug go to waste; it's there to be used, so use it! Hurry, before someone discovers that the convict with the longest stay, 27 years, is a delusional paranoid schizophrenic, who has persistently refused to cooperate with mental health investigators because he is convinced that he will be released and pardoned, and go forth from the jail to be welcomed by society, and have a movie made of his life.
Heck yeah, we've GOT to kill him: he's crazy!
(Ummm, no, we don't.)
He's not the only crazy person in line for the Arkansas needle with the soon-to-be-stale drugs. It's hard to know whether some of them were non compos mentis at the time of the crime, or lost it in prison. One of the eight was 20 years old when he murdered a friend; he's been on death row for 17 years. A parole board recommended clemency yesterday. QUICK! KILL HIM BEFORE SOMEONE STOPS IT! We can't poot around with this anymore, the DRUGS will EXPIRE!

Now, in case you think I'm making this up, look it up yourself. It's THIS kind of stuff that pushed me, kicking and screaming, into the camp of those advocating an end to the death penalty. Some really weird people in here with me, but there are others that have come to the same conclusion that I have: The government cannot be trusted to administer the death sentence, and the cost of a death penalty trial is AT LEAST 4 times as much as  trial seeking life without parole.

Please note: I am not arguing for short sentences or turning people loose because there aren't enough rooms in the jail. Instead, take the money you were going to spend on a death penalty case, and pay the guards better, hire more of them, and make sure you have enough cells.

Submitted with respect, and NOT proofed, because the whole topic is rather nauseating.